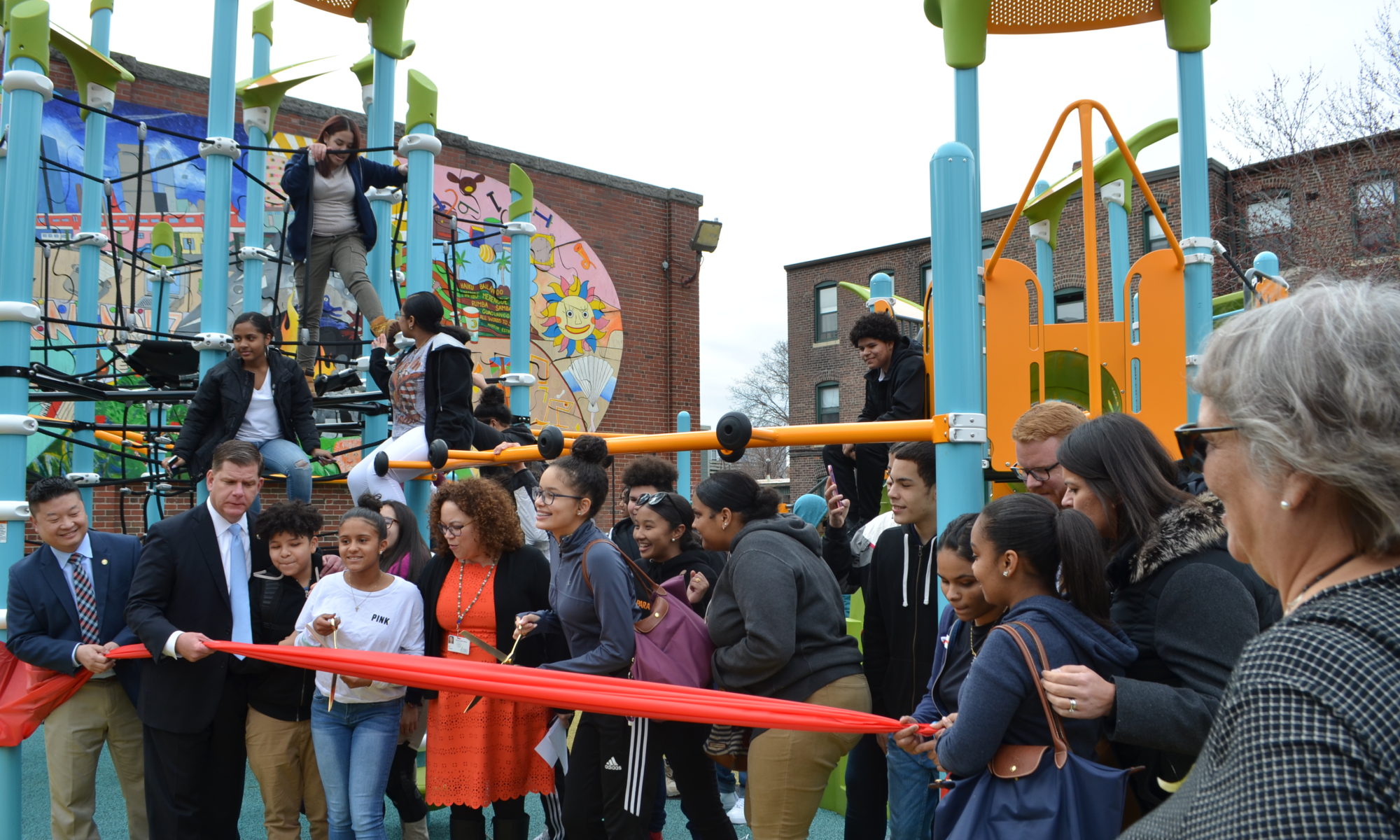 The Boston Globe covered the opening of our schoolyard this week! They write:

As a sea of colorful streamers and cheering children flooded the new $1.25 million playground at the Rafael Hernandez K-8 Dual Language School in Roxbury, a group of former students watched and smiled with pride.

Three years ago, the ninth graders led the effort to replace their old, broken playground with a colorful, challenging new one. There’s a ropes course, a paved four-square area and turf-covered green space, among other features.

On Thursday, the former students joined Mayor Martin J. Walsh and other officials to cut a big, red ribbon on the playground they helped to plan, design and raise money for.

To donate online, click here! Or use theAmazon Smile link when making your own purchases and a percent goes to us: smile.amazon.com/ch/04-3532825
View on Facebook
· Share

This website is a volunteer labor of love by Hernández parents to share information and news about the Rafael Hernández with our larger community. Come get to know us!